The Vault: Big Bird and the Cat

In this instalment of The Vault, Margaret Chan remembers Kuo Pao Kun (1939-2002), her dear friend and creative collaborator. Kuo was a humanist and patriot whose life and work indelibly shaped the course of Singapore theatre.

Margaret was tasked by Kuo in the last year of his life to produce The Eagle and the Cat. He told her the play was his most important, even though it had not received much attention. To Margaret, the play is clearly autobiographical, a precious capsule in which Kuo shares his beliefs that fuelled his vocation as a writer of theatre. She proposes that there are no clues but clear meaning in the tropes of “Big Bird” and “Cat” which appear in this script.

Join Margaret Chan in her investigation of Kuo Pao Kun’s metaphors of Big Bird and the Cat. Features readings from four of his plays by Ali Khan, Margaret Chan and SMU students – The Eagle and the Cat (Chinese 1990, English 1995), The Evening Climb (1992), Descendants of the Eunuch Admiral (1995), Mama Looking for Her Cat (1988).

Margaret Chan introduces the structure of her seminar, as well as her students from Singapore Management University (SMU) who will be reading excerpts from several of Kuo Pao Kun’s texts. She also shares the main thesis of her presentation. Recorded and edited by Daniel Teo.

The discussion about the metaphor of big bird from several perspectives, drawing from linguistics and art history to support her claim that the big bird in Kuo Pao Kun’s plays refers to the revolutionary spirit. Recorded and edited by Daniel Teo.

Margaret argues that Kuo Pao Kun was inspired by the revolutionary writers of China. Recorded and edited by Daniel Teo.

Margaret argues that the trope of castration, surfacing in Kuo Pao Kun’s The Descendants of the Eunuch Admiral and The Evening Climb, signaled Kuo’s dissatisfaction and feelings of helplessness as an artist and writer in Singapore. Recorded and edited by Daniel Teo.

Programme for The Vault: Big Bird and the Cat

About the Playwright:
Kuo Pao Kun (1939 – 2002) is an important figure in Singapore’s cultural history whose life and work incontrovertibly shaped the local theatre landscape. He was a prolific playwright whose oeuvre spanned linguistic, cultural and artistic boundaries. His iconic plays have been performed multiple times across many different countries and translated into many languages. He also founded many of today’s prominent and enduring arts institutions, most notably The Theatre Practice, The Substation, and the Intercultural Theatre Institute.

About the Plays
The Eagle and the Cat was first staged in 1990 for the opening of The Substation. It is a monologue that tells a surreal tale of a man who turns into a cat. The Evening Climb premiered at the Singapore Festival of Arts 1992 and is a strange tale of three 70-year-old characters in search of a mythical big bird. Descendants of the Eunuch Admiral is one of Kuo Pao Kun’s most acclaimed works. First staged in 1995, Descendants is a lyrical play based on the ancient mariner Zheng He which comments on the trappings of modern life. Mama Looking For Her Cat is recognised as a ground-breaking play for its use of multiple languages. First premiered in 1988, the play is about a mother, who speaks only Hokkien, in search for her lost cat. 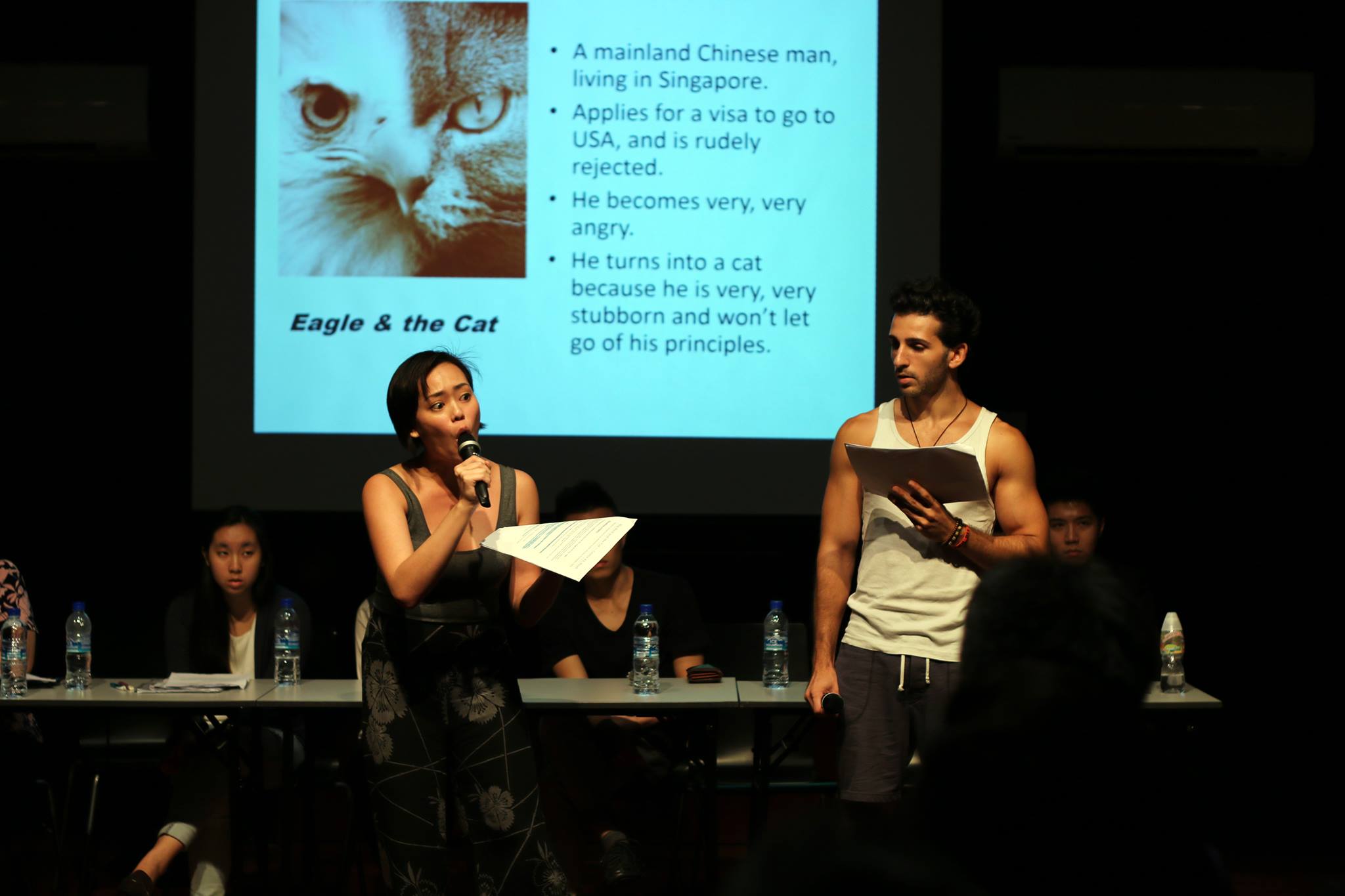 The Stage Career of Margaret Chan
Even as a child, Margaret Chan had a dramatic streak. The third child amongst four in a Peranakan family, young Margaret was often called to perform:
Daniel Teo
Published: 10 October 2015
History of The Theatre Practice
In 1965, Kuo Pao Kun and Goh Lay Kuan returned from Melbourne to a newly-independent Singapore and opened the Singapore Performing Arts School. It still exists, half a century later, now as The Theatre Practice, a stalwart and driving force in the local theatre scene for bilingualism, multiculturalism and arts education, as its founders once envisioned. In its 50-year history, The Theatre Practice was also fertile ground from which many other arts institutions developed.
Daniel Teo
Published: 9 October 2015
Four Kuo Pao Kun Plays
These four plays by late theatre doyen Kuo Pao Kun form the primary text for Margaret Chan’s investigation into the metaphors of Big Bird and the Cat. Find out about their first stagings and how the critics and public responded to them at the time.
Daniel Teo
Published: 7 October 2015
Kuo Pao Kun – Life Events
The timeline below presents selected events from Kuo Pao Kun’s life. Click on each tab to find out what happened during the year. This timeline is not meant to be a complete record of Kuo Pao Kun’s life — for more information, please consult the additional sources listed below.
Daniel Teo
Published: 8 October 2015
About UsContact UsPress Releases
Support UsNewsletterOld C42 Website
New Scripts ResidencyCo-Lab ResidencyCreation Residency
The Vault ResidencyThe Vault: Lite ResidencyArchival Residency
Productions & StagingsCollateralsPublicationsUnpublished ScriptsReviews
Essays & WritingsAudiovisual RecordingsPhotographsPeopleOrganisations