Centre 42 is turning SIX on 21 Apr 2020! Come celebrate with us on Zoom with a reading of “WRITES” by Robin Loon – originally performed at our opening – and a toast to mark the occasion.

Our sixth birthday was supposed to have panned out differently.

Since we were returning 42 Waterloo Street to the National Arts Council on 1 May, 21 Apr was supposed to be a last hurrah in the blue house before we moved out. Planned with over 20 artists and friends, our sixth birthday would’ve been an evening of performances and celebration at our See You Later Party. We made the sad decision to cancel the event on 3 Apr after the national Circuit Breaker measures were announced. (Here’s what the See You Later Party programme would’ve been like.) The Circuit Breaker also meant that our last day at the blue house had come much earlier than expected.

Now, celebrating our sixth birthday is more important than ever in these difficult times. It’s an opportunity to connect, uplift, and remember. Because the story of the last six years at Centre 42 is really about you – you who have come into the blue house at 42 Waterloo Street looking for a safe space to develop, experiment and create, an open space to discuss, debate and discourse, and a quiet space to pause, document and reflect. The Centre 42 community turns six, so join us, will you?

Register at http://weare6.eventbrite.sg (make a donation if you’re able to!) and we’ll send you an invitation to a Zoom room. On 21 Apr at 8pm, we’ll have a reading of “WRITES”, a play about the history of Singapore theatre and how Centre 42 got its name. (“WRITES” was researched and written by Robin Loon for Centre 42’s launch event in 2014, and originally performed by Nora Samosir, Robin Goh, and Serene Chen.) Have a drink on hand as after the reading, we’ll toast to our six years, and many more to come! 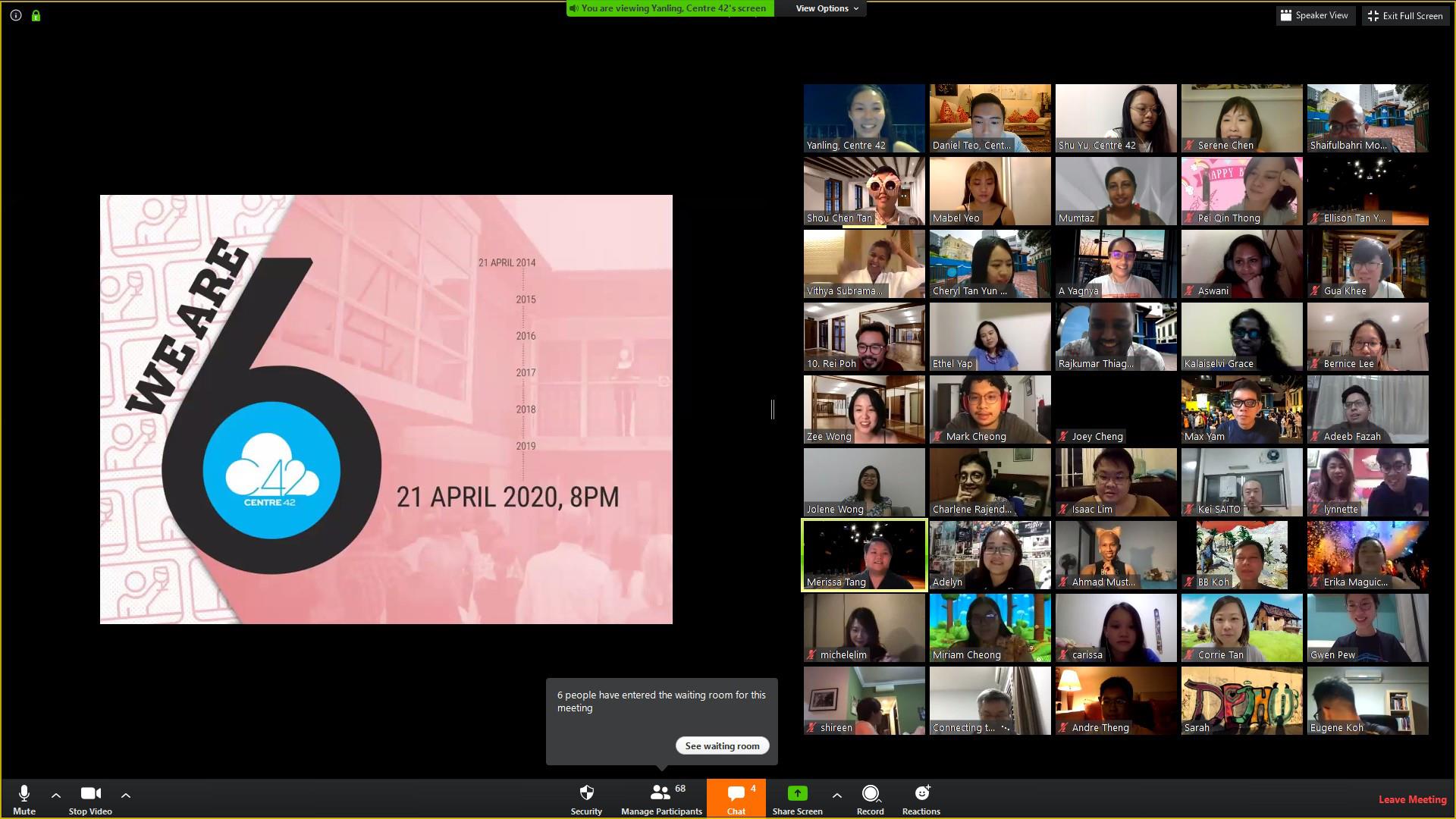