In The Living Room: Fundamentally Happy

Fundamentally Happy, a story about two former neighbours whose reunion is marred by allegations of sex abuse, was first staged by The Necessary Stage in 2006. In 2017, this award-winning English play by Haresh Sharma receives a Mandarin restaging by Nine Years Theatre.

This Living Room conversation spotlights both versions of Fundamentally Happy, with theatre practitioners and researchers in a discussion of language, changing contexts and more.

The Living Room is a programme by Centre 42 that welcomes chat and conversation. Through focused but casual dialogues and face-to-face exchanges, this programme encourages participants to re-examine trends, happenings, people (on & off-stage) and phenomena in Singapore theatre.

The Necessary Stage’s researcher Shawn Chua is joined by Nelson Chia, the director and translator of the 2017 production, Aidli ‘Alin’ Mosbit, who played the character Habiba in the first staging, and theatre researcher Wong Chee Meng. The four discuss the creative processes behind the development of the original play and its Mandarin translation, as well as language and its culture and politics.

In the Living Room: Fundamentally Happy 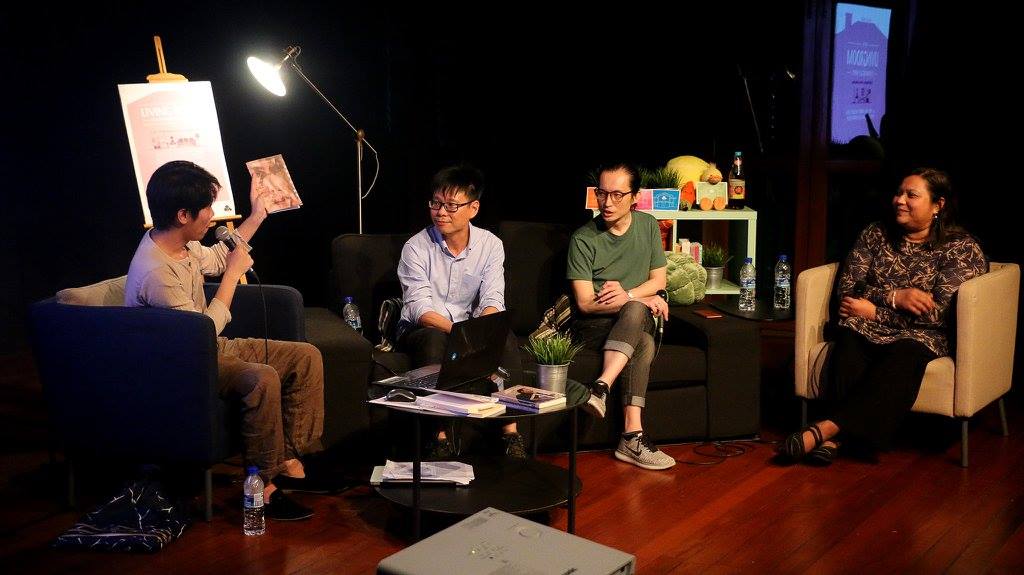