A platter of plays

Our favourite annual event, Late-Night Texting (LNT), is back on 24 and 25 August! But this year, we’re switching things up. In our first two editions, we experimented with the possibilities of text-based performances, where we played with genres such as spoken word poetry and improv comedy. In this third edition, we decided to bring the focus back to our core medium: the dramatic text. Centre 42 is, after all, a theatre development space that supports the creation, documentation, and promotion of text-based works for the Singapore stage.

Amidst SNF’s light installations and live performances around the Bras Basah.Bugis precinct, we hope that LNT 2018 can be an opportunity to introduce festival-goers to up-and-coming theatre-makers. Four theatre collectives will be presenting over 30 performances among them this year. Two of the groups – Dark Matter Theatrics and Main Tulis Group – are returning favourites, while the other two – GroundZ-0 and The Second Breakfast Company – are new to LNT. Even though they are vastly different from each other, what they do have in common is that all the artists have a long-standing relationship with Centre 42 through various programmes or productions that we have collaborated on over the years.

Read on to find out more about each of these four groups and what they’ll be presenting! 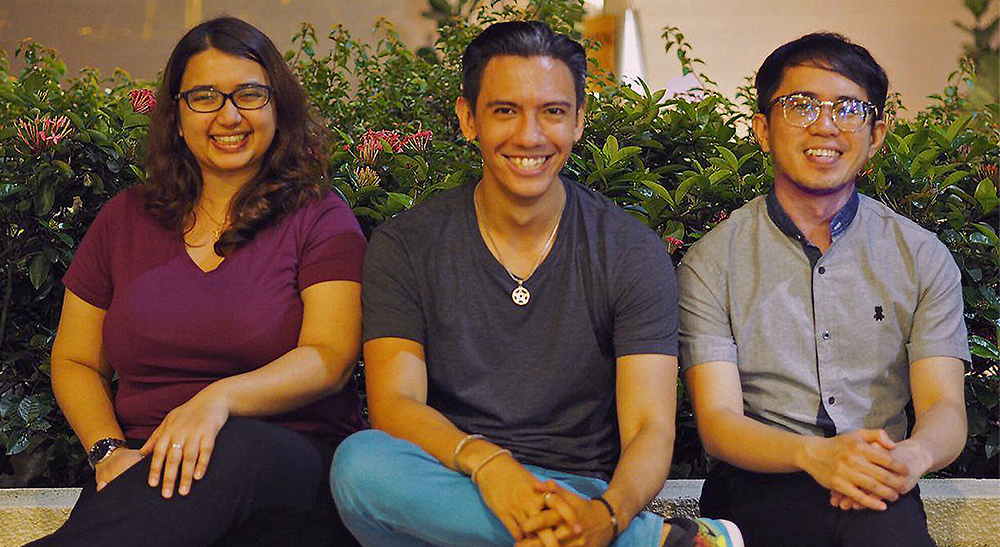 Dark Matter Theatrics (DMT) – which comprises playwright-director Christopher Fok, actor Lian Sutton, and playwright Marcia Vanderstraaten – returns this year with another iteration of Eat My Shorts. This programme is no stranger to those who have previously attended LNT, as it has been around since our very first edition. As before, there will be 12 10-minute short plays by local playwrights, as the team hopes to rekindle the appreciation for the form. Except this time, instead of inviting playwrights who they already knew, DMT launched an open call for scripts with the theme “short-sighted”, as they felt it was funny and also suggested conflict.

“We held an open call because we wanted to be conscious of new voices – voices that we hadn’t heard of – [and hear] stories that were different,” says Christopher. “The reception was quite promising, and we had a choice of scripts to choose from. After we made our selection, we gave them the good news and sent them feedback on things to improve on.”

The selected playwrights are a motley crew of more established names, such as Kaylene Tan and Dora Tan, as well as newcomers like Edward Eng and Tan Kwan Boon. They had all interpreted the theme in their own creative ways.

“Some of the work submitted did adhere to the theme in some way, but others didn’t,” he explains. “But that’s the nature of inspiration – sometimes the prompt might push the writer to explore uncharted territory and that is what we were subtly nudging the playwrights to do.”

Audiences to Eat My Shorts can look forward to meeting a whole host of characters, from an online vigilante to a Kitchen God to Super Mermaid, among others.

Eat My Shorts will be performed on both 24 and 25 August.

Main Tulis Group (MTG) is another returning group. The playwright collective has called Centre 42 its home ever since it was established in 2016, and it made its first public outing at LNT last year. There has been some changes to the team since then, as Nabilah Said and Sabrina Dzulkifli are pursuing further studies in the UK, and Johnny Jon Jon has left due to personal reasons. However, MTG has also gained a new member recently: Raimi Safari.

The nine-minute plays, will be presented as dramatised readings at ETA:9MIN, reflect these changes; they are split into two thematic groups: “Arrivals” and “Departures”.

“It’s quite apt because there’s been a lot of changes for all of us personally, and also because of the comings and goings of people within MTG this year in particular,” says member Nessa Anwar. “We’re still in the midst of discussing potential collaborations with other groups and getting accustomed to changes in the team, so it seemed fitting.”

Topics covered in their plays include memory, identity, friendship, and love. The playwrights wrote these pieces specially for ETA:9MIN, with inputs from their fellow members.

“We always provide constructive feedback. Even if a member’s not around for the script read, we send the scripts around and comment through email. We’re also quite accustomed to each other’s work by now, so we know how to push each other,” says Nessa. “I believe in each of us to write about necessary, intriguing, thought-provoking, entertaining things, and it’s been a privilege so far to be a part of it, and share our work with the community.”

ETA:9MIN will be performed on 24 August only.

“Legends of the Islands” by GroundZ-0

GroundZ-0 (pronounced “ground zero”) was founded by veteran theatre maker Zelda Tatiana Ng in 2017. Its mission is to explore and create multilingual, intercultural and cross-genre works, with a special interest in experimenting with traditional arts forms.

Zelda was previously an actor in Saga Seed Theatre’s Seedy Stories at LNT 2016, so she’s no stranger to the event. For Legends of the Islands this year, she is working with actors Hang Qian Chou, Lina Yu, and Suhaili Safari to tell stories about Singapore’s islands. Various versions of the legends behind the islands will be performed as multilingual street wayang, and the audience can then decide which ones they think are true.

Asked why she wants to present them as street wayang, Zelda replies: “I remember when I was young, street wayang was a main part of entertainment for us. It’s normally performed in different languages and there were no surtitles, but there were no complaints from the audience. I want to revive that energy that I experienced as a child. And I think it will be a great match [with the content of the stories]!”

The scripts are collectively devised and improvised by the team, based on stories about our islands that Zelda found online.

“I was giving a lecture at a secondary school one day and I started to Google more about our islands. In the process, I discovered some very interesting stories about them. Most of the time, we only hear about Sang Nila Utama and Raffles, but there are also other stories that are equally intriguing,” says Zelda. “It is important to introduce these ‘not-so-popular’ stories to our younger generations. These are our own stories, and we should treasure them and pass them on.”

Legend of the Islands will be performed on both 24 and 25 August.

“Lovebites” by The Second Breakfast Company 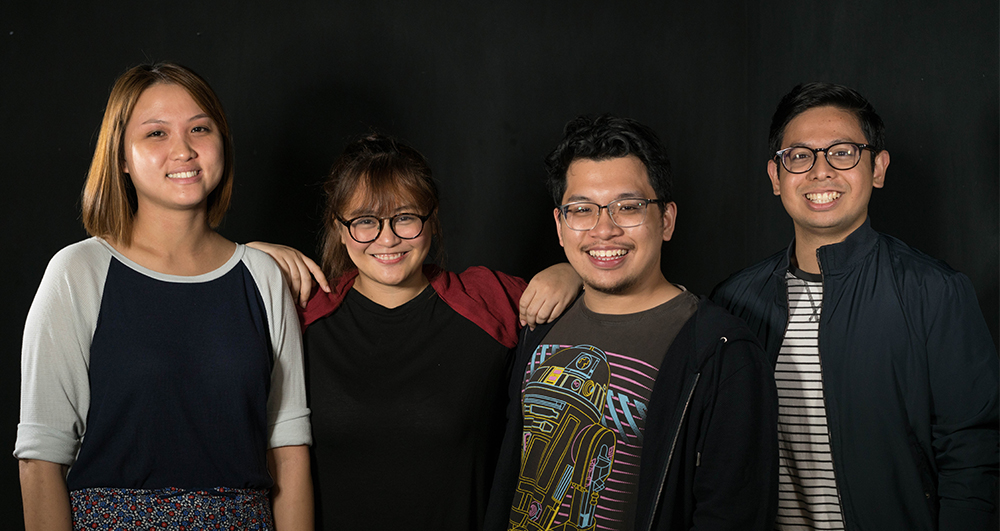 While the other three collectives at LNT are creating plays largely from scratch, The Second Breakfast Company (2BCo) has chosen to go down a slightly different path. They will be juxtaposing excerpts from older Singaporean plays against excerpts from newer local plays. All of these works explore love in its multifaceted forms: between friends, between family, and between lovers.

“We wanted to explore what has changed about how this universal theme of love is tackled and presented by Singaporean writers across different aspects beyond the romantic approach,” says Mark Benedict Cheong, the company’s second artistic director. “We chose plays that were emblematic of their era, and looked for similarities and points of comparison between the relationships presented in both plays. While [this] may not be the most comprehensive exploration, we hope that the comparison [between the pre-2005 and post-2005 plays] may spark further thinking into how our writing and our attitudes have changed (or remained the same).”

The programme is very much in line with 2BCo’s mission. In an interview we did with artistic director Adeeb Fazah when the company was first formed in 2016, he told us: “We have three pillars for the company: the reimagining of existing classics, the reinvention of current ideas through original works, and the revival of the Singapore canon.”

Lovebites allows 2BCo to continue on that mission. Some of the plays that audiences can expect to re-encounter include Lim Chor Pee’s Mimi Fan (1962) and Chelsea Cheo’s The Wedding Pig (2017).

Lovebites will be performed on 25 August only.