Brown Voices Around Us

As an introductory reading list, we’ve listed some of the fellow ‘brown voices’ outside of Singapore, from whom the Brown Voices draw inspiration. This is thus an incomplete list of contemporary South Asian playwrights, prepared partly in consultation with this listing from UC Berkeley. 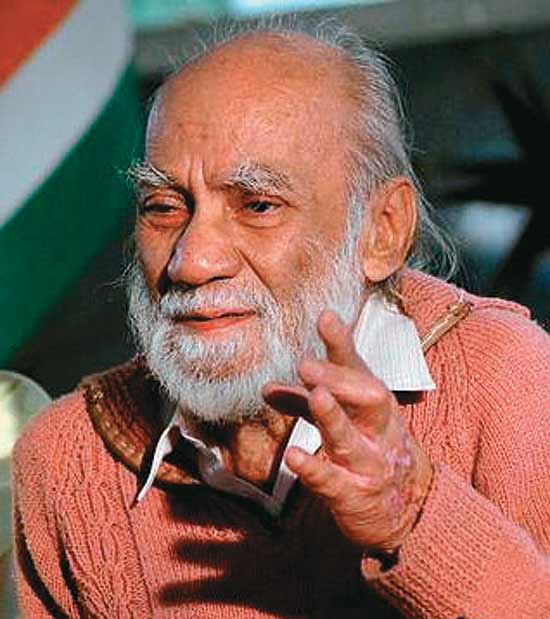 Badal Sircar was most known for his anti-establishment plays during the Naxalite movement in the 1970s, and as a pioneering figure in Bengali street theatre and experimental theatre. He took his theatre out into the public arena when he founded his own company, Shatabdi, in 1976. Seeking something different from both indigenous folk theatre forms and proscenium theatre, Sircar introduced ‘The Third Theatre’ as a more egalitarian approach. While he continued to prolifically write scripts for these aanganmanch (courtyard stage) performances, his equally prolific collection of proscenium plays continued to be popularly presented by other companies in proscenium theatres to full houses.

His angst-ridden Evam Indrajit (And Indrajit) (1963) is a landmark play in Indian theatre, frequently presented in the Absurdist style. In this play about the mediocre class, the writer is in conversation with the protagonist Indrajit, who is introduced as 'and Indrajit' because he is part of society rather than having an identity of his own. Evam Indrajit also gained widespread popularity through translations in Hindi (1970) and English (1974).

Badal Sircar’s rise as a prominent playwright in 1960s is seen as the coming of age of Modern Indian playwriting in Bengali. Sarkar was awarded the Sangeet Natak Akademi Award in 1968; the  Padma Shri by the Government of India in 1972; and the Sangeet Natak Akademi Fellowship–Ratna Sadsya in 1997, the highest honour in the performing arts given by the Government of India. Sircar passed in 2011. 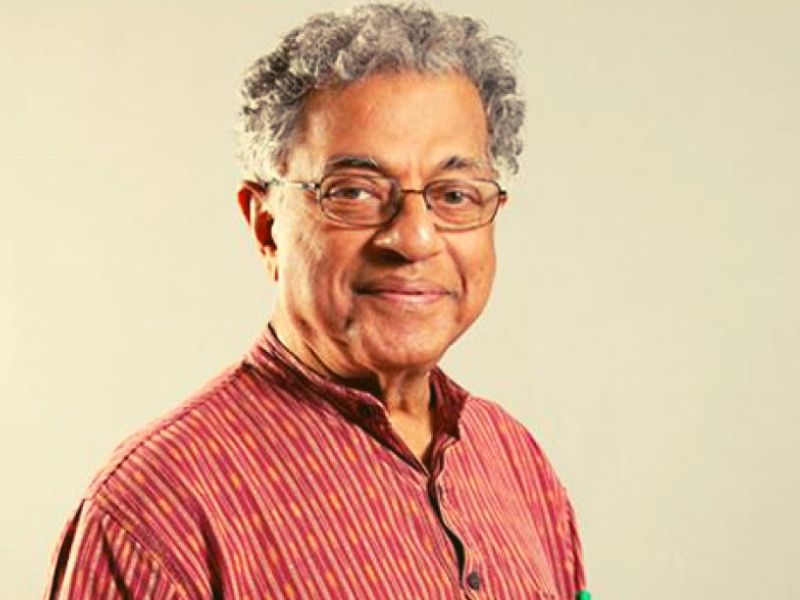 Girish Raghunath Karnad was a writer, playwright, screenwriter, actor and movie director working primarily in the Kannada language. He rose to prominence in the 1960s, a period hailed as the coming of age of Modern Indian playwriting.

Karnad continued writing throughout his life, even as his acting and directing career blossomed. His works often engaged history and mythology to tackle contemporary issues. His early hit Yayati (1961) is based on the story of King Yayati, an ancestor of the Pandavas, and stems from the influence on Karnad from C. Rajagopalachari’s version of the Mahabharata. [If you didn’t yet know that there are multiple, and ever growing versions of the Mahabharata, and Ramayana… now you know.] Tughlaq (1964) is in turn an allegory on the Nehruvian era while based on the 14th century Delhi Sultan, Muhammad bin Tughluq. Later in his life, inspired by the Farsi manuscript written by Tipu Sultan in his own handwriting (now in the India Office Records of the British Library), Karnad wrote Tipu Sultan Kanda Kanasu (‘The Dreams of Tipu Sultan’, 1997).

Girish Karnad received the Padma Shri in 1974 and the Padma Bhushan in 1992 from the Government of India. In 1998, he received the Jnanpith Award for Kannada, the highest literary award conferred in India. Karnad passed in 2019. 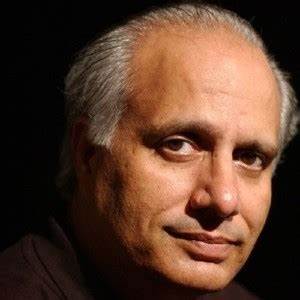 Shahid Nadeem is a Pakistani playwright and director who has penned over thirty original plays. He was an active student and trade unionist, and was thus forced into temporary exile by the dictatorship in the 1970s.

Nadeem’s plays thus illuminate social and human rights issues, and are mostly written for his theatre for social change group, Ajoka. Even in pushing progressive reform, there is a strong link with tradition and heritage in Nadeem’s works. Music, dance, and humor are an integral part of his socially-committed literature. He uses these elements to highlight and maintain interest in difficult issues like the trafficking of women in Dukhini (‘Woman of sorrow’, 1997), or even the serious expression of Sufi thought in Bulha (2001). A much celebrated pice, Bulha is a fictionalized account of the life of Baba Bulleh Shah (1680-1758), a Sufi mystic whose poetry and ecstatic compositions are still immensely popular. Nadeem’s plays are also much beloved and restaged across the border, in India.

Nadeem was awarded the Masood Khadarposh award in 2005, for Bulha; the International Pen/Getty fellowship in 2001; and the President of Pakistan’s Pride of Performance award in 2009. 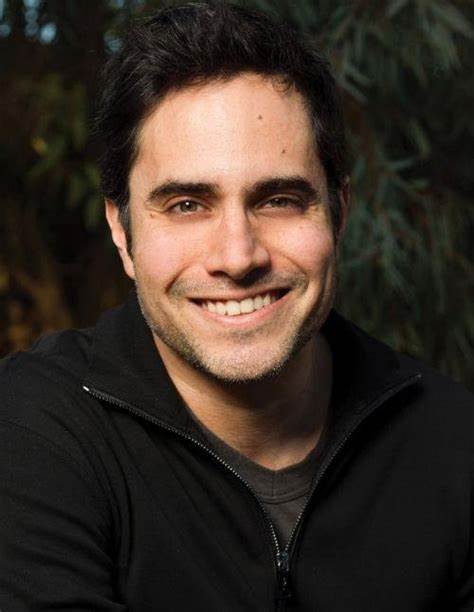 Rajiv Joseph is an American playwright of Indian, Malayali descend, situated in Brooklyn, New York. He is presently a board member of the Lark Play Development Center in New York City, where he develops all his plays.

Joseph explores political storytelling in his plays and thus engages themes such as race relations, military action, and state-sanctioned violence, often through stinging comedy. His much lauded Bengal Tiger at the Baghdad Zoo (2010) examined the greed and absurdity of the American military in Iraq, and how that violence onto Iraqi land and people also wrought violence onto American soldiers themselves. The 2011 Broadway run of this dark comedy starred Robin Williams. Bengal Tiger at the Baghdad Zoo was a 2010 Pulitzer Prize finalist for Drama and was also awarded a grant for Outstanding New American Play by the National Endowment for the Arts. 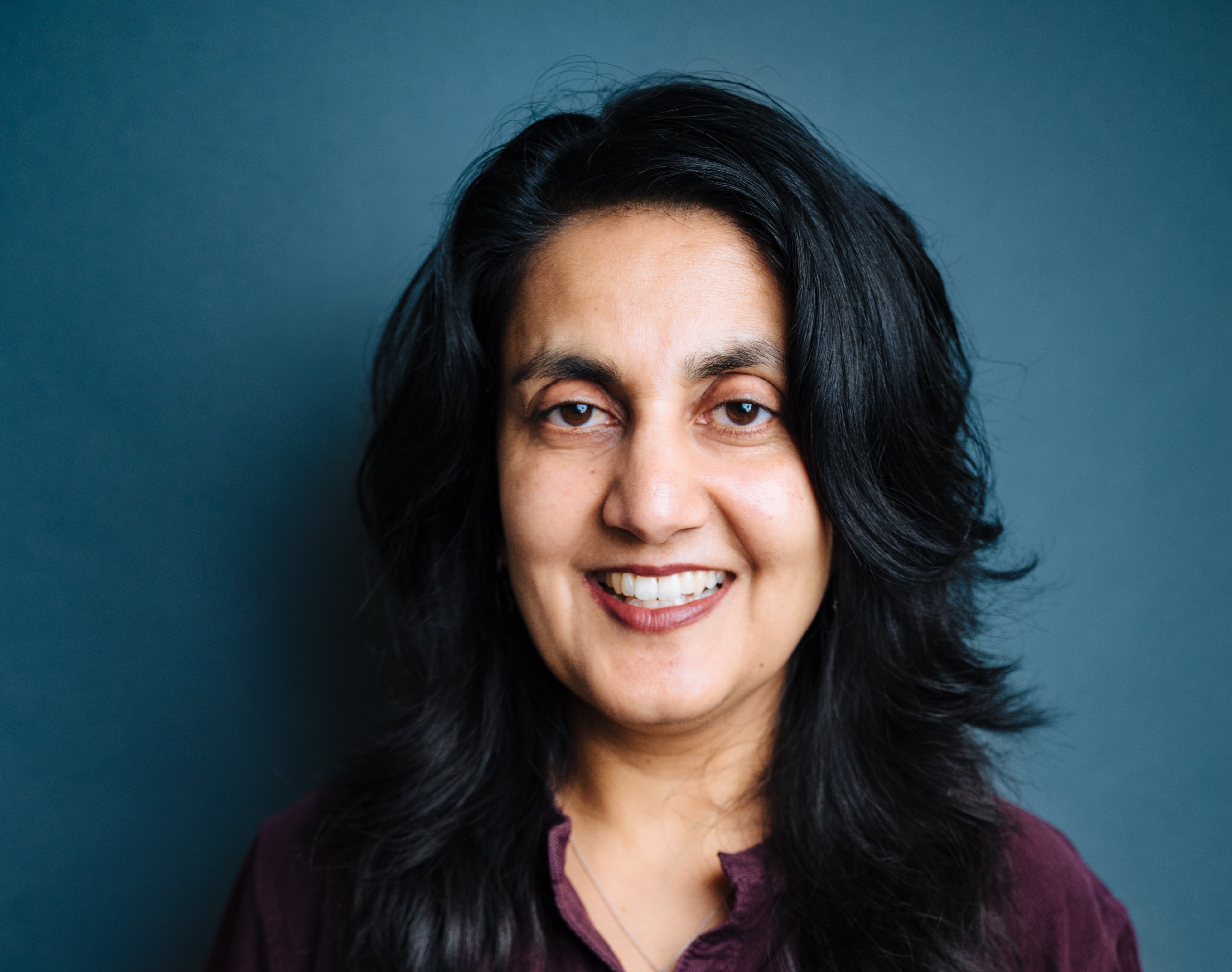 Behzti (Dishonour) explored the relations and secrets harboured by the community around a local Sikh temple. In 2004, protests from the Birmingham Sikh community against its staging turned violent, forcing the cancellation of the production and sparking debate about the freedom of expression by and about minority people. Forced into hiding over the next few years, Bhatti drew on that experience to write Behud (‘Beyond Belief’, 2010) inwhich a playwright seeks to make sense of her past by visiting the darkest corners of her imagination, laying out the story of an artist struggling to be heard.

Bhatti won the Susan Smith Blackburn Prize in 2005 for Behzti, and was shortlisted for the John Whitling Award in 2010 for Behud. 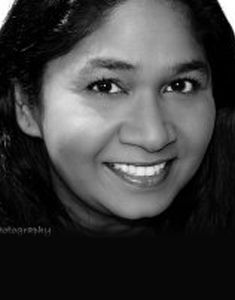 Rani Moorthy is a Kuala Lumpur-born playwright, actress, and filmmaker, and has been based in then United Kingdom since 1996. She is also the founder and artistic director of Rasa Productions, formed in 1998 in Manchester. Before her move to the UK, Rani was educated in Singapore and had also starred in the popular local TV comedy, The Ra Ra Show (1993).

Rani’s works mostly with comedy and considers migration, colonialism, and identity at these intersections. Curry Tales, her 2004 one-woman ‘ethno-comedy cook fest’ unpacked the ubiquitous ‘curry’ in considering their invention through migration and colonialism. Curry Tales was also staged in Singapore in 2013.